You can’t visit Frankfort without trying a glass of bourbon. While close to many distilleries and experiences on the Kentucky Bourbon Trail, Frankfort plays host to four unique distilleries that offer a classic bourbon experience found nowhere else. All four distilleries are located within a few miles of each other and are easily accessible from wherever you stay.

Castle & Key Distillery has an extensive history that dates back to 1887. Although it is regarded as the birthplace of bourbon tourism, Prohibition forced the then-named Old Taylor Distillery to close. It was reopened under a new name in 2018 after a much-needed restoration. Take a tour of the distillery and its sunken gardens to get a sense of the saga behind the bourbon.

Glenns Creek Distilling opened in 2014 and offers both group and private bookings to tour their facilities and taste their bourbon. Glenns Creek, abandoned like Castle & Key, used to be the Old Crow Distillery before owner David Meier restored it to its former glory with recipes that pay homage to the bourbon served by Old Crow.

If you’re looking to taste bourbon surrounded by country, check out Whiskey Thief Distilling Co.. Located on 127 acres of working farmland, this distillery lets you sample its bourbon straight from the barrel and even fill your own bottle after your tour. 2022 marked their tenth anniversary as a distillery – the perfect excuse to head over and try a glass of bourbon!

Ancient buffalo carved paths through the wilderness that led American pioneers and explorers to new frontiers. One such trail led to the banks of the Kentucky River where Buffalo Trace Distillery has been making bourbon whiskey the same way for more than 200 years. Throughout the challenges of floods, fires, tornadoes and even Prohibition, the American family-owned Buffalo Trace Distillery has never compromised.

Although Buffalo Trace Distillery is not a stop on the Kentucky Bourbon Trail, you would be doing yourself a disservice if you planned a Kentucky Bourbon Experience without visiting this iconic distillery!   Seven different tours are offered, each is exceptional, all are complimentary and include tastings.

In 1887, Colonel Edmund Haynes Taylor, Jr built a new kind of distillery destination in Millville, Kentucky. Inspired by European architecture, the site featured a Castle, a classical Springhouse, and a Sunken Garden.

Prohibition forced the closing of the distillery in 1920. Over the next century, the property changed owners and occupants several times, eventually falling into ruin.

In 2014, the current founding partners began the long journey of restoration.  They brought life back to the distillery, developed their brand, and we are so thankful for it!

The spirits selection at Castle and Key are “thoughtful in every detail, from grain to glass”. Some of their offerings include Small Batch Wheated Bourbon Whiskey, Small Batch Bourbon Whiskey, Restoration Rye Whiskey, Sacred Spring Vodka, and The Woolgatherer Gin. Visit Thursday through Sunday to experience a tour and tasting or stop by Taylor Station to enjoy a cocktail and the views of the grounds.

David Meier, the owner of Glenns Creek Distilling, has always had a love for where things are made, how they are made, and the level of craftsmanship that went into their making. This love of creation was one of the driving forces behind his career in manufacturing and yearning to create something of his own.

He happened upon the Old Crow Distillery. Seeing the exorbitant level of craftsmanship that went into the old buildings and seeing the state that they were in after being abandoned for 30 years brought up a mix of sadness for the current state and intrigue for what it must have been like in its prime. David started to research the history of The Old Crow Distillery to get a better feel of what role the old distillery played in the bourbon industry and Kentucky. He recreated a new bourbon produced in the style of Dr. Crow; something that Dr. Crow would drink and approve of.

Always dreamed of creating your very own Bourbon.  Now you can!  At Glenns Creek Distillery, you CRAFT YOUR OWN BOURBON with The Bourbon Barrel Experience™!

Whiskey Thief Distilling Co. (formally known as Three Boys Farm Distillery) is a small craft distillery nestled on a 122-acre farm in Franklin County Ky. Family owned and operated, they family strive to give you an experience you won’t get anywhere else. They have been distilling single barrel Bourbon and Whiskey of distinct quality since 2013.

Whiskey Thief runs a manual bottling line, but they have a mechanical one available when production grows. They are currently bottling flavored whiskey and distilling and aging bourbon whiskey and rye whiskey.

The distillery is open for visitors, as is the gift shop- where you will find a collection of handcrafted, Kentucky made candles, food products, and gifts.

The story of Rebecca Ruth began with two substitute teachers in their mid-twenties, Ruth Hanly (Booe) and Rebecca Gooch. After years of being in the education field, both women had come to the conclusion that they were not cut out for substituting and teaching. Instead, the young women ventured into the confectionary business after having received high praise from family and friends for the gifts of chocolates given during past holidays. It was in 1919 that Rebecca Ruth Candy was born! Through the hardships of Prohibition, Women’s Suffrage, World Wars I and II, and the Great Depression, Rebecca Ruth still stands strong at an incredible 101 years of operation.

Fast forward to present day, and Rebecca Ruth is still family-owned, (third generation) and most known for being the maker of the original Kentucky Bourbon Ball.

Rebecca Ruth Candy Factory experiences include the story of Ruth’s life, the history of Rebecca Ruth® Candy and “Edna’s Table”, a 12-foot curved marble slab named after an employee of 67 years.  Include a stop into Rebecca Ruth for a different view of the bourbon industry.  Be sure to taste the sample they offer -your tastebuds will thank you!

Kentucky Gentlemen Cigar ships their product all over, but we encourage you to visit in person while you are in Frankfort.  There is a bar onsite, serving select Bourbons until 4 pm Monday – Saturday and a very nice Humidor to explore while you are at it!

In the heart of Frankfort’s historic downtown, Capital Cellars brings you an unparalleled selection of specialty, hard-to-find and unique bourbons. they also have a wide array of handcrafted beers, a global selection of fines wines, and the very best of Kentucky wines. Wine tastings are offered every Thursday and Friday from 4-7 pm.

Don’t be surprised if you happen upon a musician entertaining the passersby or individuals who decide to sit at one of the outdoor bistro tables on a pretty summer day!

Many of Frankfort’s local dining establishments offer an expansive selection of Bourbon. What is your flavor?  From locally grown angus or wagyu burgers to upscale authentic Kentucky cuisine, we are confident you will find the perfect Bourbon for pairing at most of these Frankfort favorites! Tickets are $11 each and can be purchased on our events page. 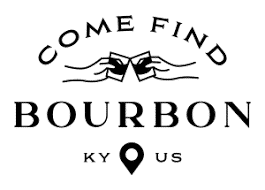 We have partnered with two of our neighboring cities to tell the authentic Kentucky Bourbons story!  Whether you want to sip from the world’s largest collection of Kentucky bourbons, discover what bourbon really means to Kentucky, savor once-in-a-lifetime moments, tap into edgy innovations and heartfelt traditions, or stock up on local artisan products, you’ll find it here with this multi-day experience.